In One Flew Over the Cuckoo’s Nest by Ken Kesey, there is an interesting growing conflict between Randle McMurphy and Nurse Ratched. Nurse Ratched, who’s kind of a control freak, wants everything running smoothly, and everything should be exactly how she wants it. However, McMurphy does not like to play by the rules, and he’s used to being in charge. He does not like the way the mental facility is being operated, and how the patients have turned out to be. What is really ironic is that he is rebelling by not rebelling, which seems counterintuitive, but only time will tell if his approach will work. I think this conflict will become more interesting as the book goes on.

So far, there are two characters I am considering to analyze. Randle Patrick McMurphy is such an interesting character because he’s so different from all the other patients, since he’s actually not mentally ill, and has a will to rebel against authority. Chief Bromden is also incredibly interesting, as he has a vague yet intriguing backstory, acts like he is deaf and dumb for some reason, and has an overactive imagination that makes him hallucinate. His hallucinations seem to play a large role, and they could potentially be analyzed. It also makes me ponder why Kesey chose to tell the story through Chief Bromden’s point of view, since he is not as important to the general plot line.

McMurphy’s rebellious character is shown when he says to the other patients, “The rest are even scared to open up and laugh. You know, that’s the first thing that got me about this place, that there wasn’t anybody laughing. I haven’t heard a real laugh since I came through that door, do you know that? Man, when you lose your laugh you lose your footing. A man go around lettin’ a woman whup him down till he can’t laugh any more, and he loses one of the biggest edges he’s got on his side” (Kesey 70). The importance he gives to the simple act of laughing and the dislike for the woman that prevents the others from doing so proves that his character clashes with authority, and that his personality is quite different than all the others.

What I do not love, however, about One Flew Over the Cuckoo’s Nest, is that it is sometimes difficult to differentiate Bromden’s imagination and hallucinations with reality. Of course, there are times when it’s clearly obvious, but then there are also times when it’s very vague and hard to separate. I know this was a conscious decision on Kesey’s side, but I’m not sure I like it. These imaginations/hallucinations are also getting longer as the book goes on, and I’m not enjoying that because it does not add to the story. 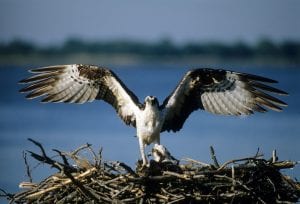 However, I truly do appreciate the way he builds the tension within the story and the characters, because it makes the plot more interesting. The story could easily become boring without the added tension in the conflict. In addition, telling the story from the first person perspective of Chief Bromden, instead of third person omniscient or even McMurphy’s first person, gives the story a new flavor which would not have been there from a normal point of view.

One Flew Over the Cuckoo’s Nest by Ken Kesey takes place in a mental hospital in the mid 1900s, and introduces some characters with interesting stories. There’s the Chief, who pretends he’s deaf, the main character McMurphy, who’s high spirited and boisterous, Nurse Ratched, who’s strong and strict, the Acutes, the Chronics, and many more. What I like so far about this book is that it’s in first-person, so the attitude, style, and tone of the voice are all in the Chief’s voice. It makes the story seem like it’s happening through his eyes, which brings character to the story line, and makes the reader see things from the Chief’s perspective. However, getting the story through his narration means that his imagination intertwines with the reality of what actually happened, which can be slightly confusing at first. In addition, seeing things through his perspective means making many inferences about what the Chief’s actually trying to convey. 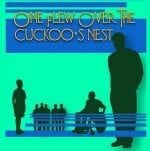 With the characters and basic plot line given so far, it’s highly predictable that the exuberant Randle McMurphy will clash with the strict Nurse Ratched, which will cause a large conflict within the mental hospital. I’m not sure how the other patients at the hospital will react to this, but two opposite personalities in their positions are bound to create problems. I think this conflict might be resolved once one side accepts defeat; either McMurphy will accept loss of full control and has to obey the rules, or Nurse Ratched will lose and will have to accept that her authority can not control everyone, especially those who have a strong will like McMurphy’s.

The basic structure of the beginning of the book is very similar to many, many other books because they all involve a character that comes into an environment that has a routine, and the person creates a large change in multiple aspects. With McMurphy’s entry to the hospital, I think that the interactions within the patients will change, and some of them will learn to back off and learn their place. I’m interested to see where this book takes me!